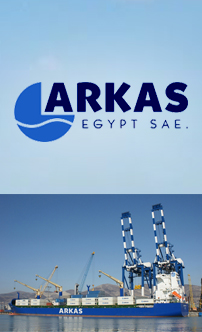 Eighth meeting of the Board of Directors of ACS

On Monday, 01/14/2013, the chamber board of directors headed by Eng. Ahmed El Akkad held  its eighth meeting in the presence Mr. Khaled El Bahtimy, Chamber Vive- Chairman, Eng. Fathallah Abdul Aziz , the  General Secretary, Mr. Waleed Badr, the Treasurer, Ms. Huda Tahyo, Eng. Mohamed Hassan Abd El Kader, Mr. Bassem Zian, Adm. Fathy Taha and Captain Tarek Shahin, the board members. The meeting also attended by representatives of Deeb Bureau (Chamber Legal Consultant); Mr. Hisham El Deeb and Mr. AsimNussier.  The attendees discussed the issue of the Master Class Workshop -Agency which will be held in coordinating with the BIMCO from November, 27th to November 29th, 2012 at the Four Seasons Hotel. This workshop will be organized  by a committee includes Ms. Huda Tahyo, the board member, Dr. Mohammed Muharram , head of the Training Committee and Mr. Osama Adly Abd El Muty. During the workshop, a number of the chamber members and non-members will participate in addition to 5 people from outside Egypt. On the other hand, the attendees hailed the  program and the profits which will be gained from it as well as the page that was created on the chamber website to facilitate access to all the information and the possibility to participate.
Eng. El Akkad discussed Ms. Huda Tahyo the possibility of implementing these programs with other international bodies such as Lloyd’s Education and Arab Academy for Science, Technology and Maritime Transport because the chamber is about to agree on a joint cooperation agreement with BIMCO organization in order to provide programs for creating and developing cadres to the current market. Also it has been proposed that the study and implementation of these programs will be coordinated through the Committee.
Mr. Khalid El Bahtimy pointed out to the executive committee meetings that have been held for the committee heads in order to present what has been accomplished by each committee , also they was asked to provide the constraints of each committee separately and collected and sent to Adm. Fathy Taha , the boardmember and Vice Chairman of Alexandria Port Authority, where a meeting was held with the Heads of committees and heads of sectors on Monday 31/12/2012 to discuss and find solutions to the obstacles presented..
Mr. Waleed Badr, the chamber treasurer and the supervisor of issuing the newsletter stated that the annual version of the newsletter will be issued soon in cooperation with Mr. Islam Metwally, from Business Media advertising in accordance with the contract signed between the parties and it will be well revised before printing. He also presented a PowerPoint presentation about the updating of the chamber and has suggested the possibility of developing a password & username for the he members to access the site and have all the information.In addition to a space at the top and bottom of the page for advertisement and arranging the names of member companies alphabetically.
The committee discussed the chamber membership application and the conditions to be met in the member in accordance with the chamber administrative regulation. The task of reforming the application was assigned to the Legal Consultant (Deeb Bureau) in order to prepare a draft and present it before the chamber Board of Directors where the maritime transport sector is developing a proposed amendment to the resolution No. 30 for the year 1999 concerning the sector supervision over the chambers of shipping operating within the ports authorities and develop a unified regulation to work within the ports authorities.
Mr. Ahmed El Akkad introduced a report about the meeting with the Oxford Company as well as the proposed convention. In this concern, he formed a committee from the board members as follows: Mr. Khalid El Bahtimy, Mr. Fathallah Abd El Aziz, Mr. Walid Badr, Ms. Huda Tahyo, Eng. Mohamed Hassan Abd El Qader with Mr. Assim Nuseeir, the chamber legal consultant to study and prepare a legally draft and hold meetings with the company once agreed on the text of the Convention.
On the other hand, Eng. Fathallah Abd El Aziz, the General Secretary was asked to send a memorandum to Adm. Fathy Taha to be presented during the meeting of the Standing Committee for the implementation of Presidential Decree No. 110 of 2000, including the obstacles and problems facing the members of the marine activities committeewhich are mentioned in the memorandum presented byCaptain. Mohammed Sharaf – head of the marine works committee.